Get Pricing for your IT needs

Get Pricing of Our Services

What’s The Lifecycle of Your Company Computers? 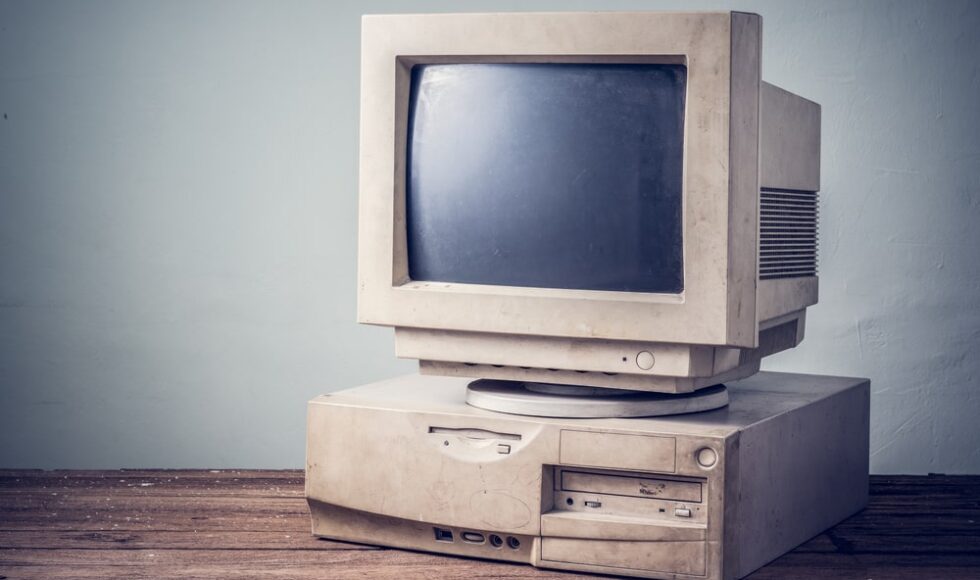 The lifecycle of the computers, software, and hardware that power your business is an essential part of your success. Knowing how to manage it can provide a wide variety of excellent benefits. If you’re searching for information on computers lifecycle and what you can do to keep your business humming, read on.

Computers and Modern Business are Inseparable

Every day, at millions of businesses around the globe, humans go to work on their computers. Indeed, the computer is an essential part of business life and practically inseparable from how the business world works. For example, computers:

If you’re a business owner, ask yourself, “would my business survive and thrive without computers?” In nearly all cases, the answer would be a resounding “no!” The fact is, business today relies on computers the way humans rely on oxygen; take them away, and much of modern business life would come to a swift end.

Knowing all of this, one would assume that the average business owner would keep their computers, hardware, software, and devices up to date. So, you would expect most companies and organizations would upgrade to the newest and latest computers every 3 to 5 years as experts recommend.

One, however, would be wrong.

Here’s a fact; in 2017, Zog, Inc published an article online entitled “Why You May Be Risking Your Business Over Old Software And Hardware.” In it, they noted that “30 to 50 percent of hardware and software installed on the average business network have reached their end of life (EOL) date.”

End of life. That means the computers, and their essential software and hardware, no longer receive support from their manufacturers. No updates, no fixes, no patches, no anything. Not only that, it means the hardware and software are so old, the manufacturer, be it Apple, Intel, Microsoft, or one of several others, has abandoned it.

Think about that for a moment; 30 to 50% of the software and hardware being used by the average SME is dead, expired, and obsolete, at least to the manufacturer that made it. They’ve moved on to newer, faster, more secure systems, while the SME continues to rely on products that no longer matter to them.

That fact, ladies and gentlemen, is causing significant problems for millions of SMEs across America.

Why Do Businesses Stick With EOL Computer Systems?

All over the United States, you’ll find small and medium enterprise businesses using EOL computers. Most have been putting off a new hardware or software purchase for years, and for one main reason; they believe it’s saving them money.

Yes, it’s true that replacing computers isn’t always an inexpensive task, especially for larger companies with many employees. But make no mistake, the cost your company will pay by not upgrading your computers every 3 to 5 years is far greater than the savings your company will see by sticking with outdated, unsupported, EOL computer systems.

What’s The Cost of Sticking With EOL Computers?

As we mentioned earlier, many SMEs don’t upgrade their computers every 3 to 5 years, which is recommended by security and productivity experts. These business owners believe it will save their business money when, in fact, that dead technology is like an anchor weighing their organization down. Take a look below at the many critical problems EOL computers, software, and hardware can cause:

Technology today is changing at rapid speeds.  Computers only a few years old won’t have the security capacities and defenses of the newer machines. That’s not good, as it opens your business up to hackers, malware, ransomware, and more.

Microsoft, Apple, and other computer manufacturers update their apps with new software on a regular basis. Every time they do, though, it slows your computers down, as well as increasing the need for more speed and resources.

Many More Failures and Downtime

The older your computer systems, the more you can count on them failing when you need them most. The increased downtime your staff experiences can quickly add up to an epic waste of company resources.

Productivity Goes Out the Window

There’s nothing like slow, glitchy computers to bring productivity to a halt, leaving staff staring at blank screens while the business accomplishes next-to-nothing. Multiply this situation by dozens, or even hundreds, of employees, and the resulting drop in productivity could cost you far more than new computers every 3 to 5 years ever would.

Once your computers are EOL, updating their security software will be next to impossible. Also, the latest antivirus software won’t be supported, leaving your company’s data at significant risk.

The Cost of IT Support Skyrockets

The older the computers you and your employees use, the higher the cost of diagnosing their glitches and unexpected failures. Even worse, as they age, your computers will experience more and more glitches and failures, increasing the cost of IT support services every time these issues occur.

How Often Should I Replace Business Computers?

Now that you know about the lifecycle of computers, your next thought will likely be, “how often should I replace business computers.” The answer is every 3 to 5 years. That’s what security experts recommend, and it’s what computer manufactures recommend as well.

As we’ve seen, the benefits of replacing your old computers, software, and hardware are far greater than their replacement cost. Productivity will increase while downtime decreases significantly. Performance levels will always be excellent, and IT costs will remain at a reasonable level. Most importantly, your company’s data will be much more secure.

In short, while the initial investment cost might be a tough pill to swallow, the benefits of upgrading your computers every 3 to 5 years far outweigh it. It makes good business sense.

If you have questions about the lifecycle of computers, need help, or want advice, please contact us, and someone will get back to you within 24 hours.